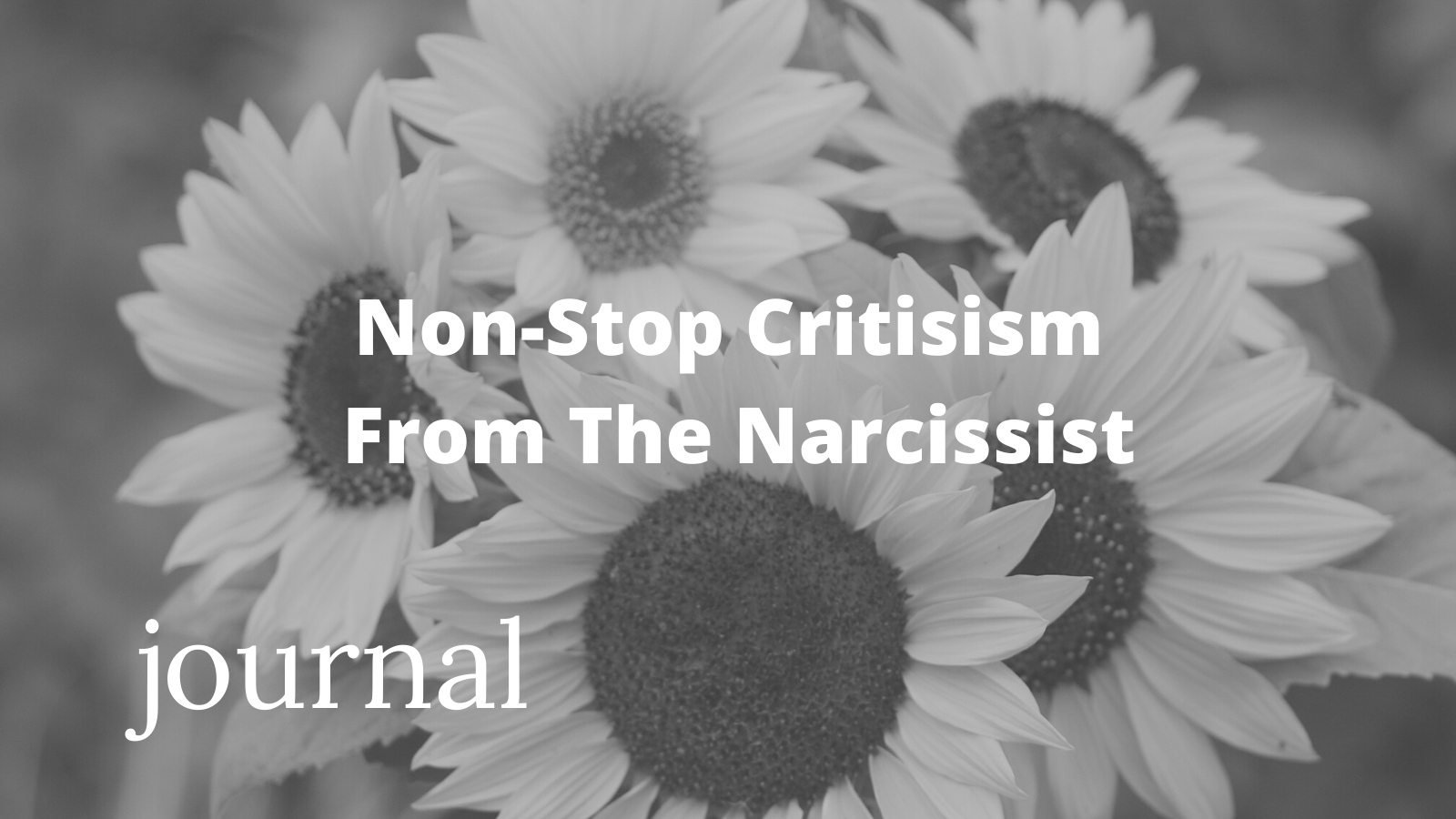 Criticism is all about control.  Looking at these stories through the lens of narcissism it is clear to me now that they are all about Gordon wanting to gain control, maintain control, and kill any threats to his control. Gordon’s narcissistic thinking means that he can’t help himself. His default programming i.e. hostility, negativity and the narcissistic abuse from his father means he has to control with his various types of word weapons.

The three stories I write about here, the wine drinking, the vase, and New Years Eve are all about the same thing and that is Gordon’s need to control. In this home video you can see his father, John in action calling his wife a ‘that’. This was the way he spoke to his wife on default.

He even needed to control what I thought. As he said here,  I needed to be more like him.

Interpretation Through The Lens Of Narcissism

The critical side of Gordon you probably know about by the time you are reading this.

His criticisms of me has chipped away my self-esteem over the years (since I was 15 years old I have known him) also contributing to my standing up for myself now and responding to him the way I now do.

Gordon thinks he has the right to pass opinion and judgement on everyone, especially me, from the smallest thing, to the way I think and express myself.

On one occasion he announced to everyone that I couldn’t possibly think what I was expressing in judgement of my views. He said,

“You don’t really think that!”

I did!  And it left a sinking, churning feeling in my stomach.

He doesn’t respect me.

That is the top and bottom of the matter.

As an example, I bought a beautiful long-stemmed vase which I used as a centrepiece on the table I was laying for a romantic meal I had cooked for us. I really liked it.

Gordon knocked it over and broke it. He didn’t apologize and say he’d replace it.

“Oh well it was horrible anyway and I didn’t like it.”

I feel anger even now as I write this.

When we first met, he would criticise the way I drank my wine.

He would not allow me to pour another glass until he had finished his. He would say I drink too fast and I must ‘sip it slowly’ like him.

He did this for years until I thought what the hell is going on here!

You have probably noticed he likes to control eating and drinking.

He eats slowly and thinks his way is the right one and disapproves of anyone who differs.

It was years before I felt I could relax with a glass of wine without disapproval. Same with food. I would only have what I thought he would approve of, i.e. the smallest and cheapest that I could find!

I am worried that he will end up having the same relationship with you and I can see him making the same mistakes with you three already.

His need to pass judgment is obviously greater than his need for a good relationship or even more importantly, to not hurt someone’s feelings.

I used to fool myself into thinking that this ‘honesty’ was a good quality. (He liked to tell me his honest opinion of what I was wearing.

But now I realise that it is a control thing, because after all he is not entitled to express his opinion just to hurt. It is only his opinion.

One New Year’s Eve we went to Tunisia and I took a black dress with me to wear. I had been on a diet and was thin. I was looking forward to it. I got ready and put on the dress.

“I don’t like that. I prefer casual clothes; you look too done up.”

Me being 23 and stupid ended up in tears, the whole evening spoiled. Now I would have more confidence and say what I thought.

(This is what Gordon describes as me making everyone’s life a misery – saying what I think back.)

This is an example of what I mean about him having to control by approval/disapproval at the expense of hurting people, also, him having little understanding of people. i.e. I had been on a diet for months, I had taken a long time getting ready, it was New Year’s Eve, it was a special dress, but all this, my needs, disregarded as his opinion and needs override everyone else’s.

I have learned that a narcissist has an insatiable need to criticise in order to keep control and to re-gain control when they perceive a threat to their control.

My reaction to his verbal venom gave him emotional fuel which is the life blood of a narcissist.

I remember being stunned when he would tell me, when I dared to pass an opinion that I didn’t REALLY think that.  But now I know what he is and that he wanted me to be like him, it makes complete sence.

In Gordon’s eyes I was not allowed to have my own mind. He had to control me in every way!

One of his first control methods was to ‘regulate’  the speed at which the wine was drunk. It seems so unreal now but I was told that I could only pour another glass when HE was ready.

It was the same with food. He eats so slowly and I was constantly admonished that I had to slow down like him. He carried this on with the children too in later years.

Family mealtime were horrible experiences where he would moan and complain about anything. He particularly picked on my son at mealtimes. He would find something to moan about  like him using what the narcissist saw as ‘too much’ ketchup or gravy or a sauce or whatever!

“Go easy with that.”

I remember getting so sick of it as the children became teenagers that during one meal, when I could stand it no longer, I stood up at the table. told him to leave Dom alone said to him,

“If you don’t shut up I will never sit down for a meal with you again!”

Why oh why did I tolerate it for so long?

When Gordon broke my vase, we hadn’t know each other that long. I remember feeling stunned by his rudeness and the way he dismissed what he had done.

I expected him to apologise to which I would have said ‘it was an accident so not your fault’, and for him to offer to buy me another.

Him being a narcissist there is no way that he could possibly accept blame or accountability, even for an accident.

It is interesting that I talk abouit my concerns over what his relationship with the children will turn out like with his constant critisicms of him.

As I write this in 2021 I am the bad mother and he is the loving father in the eyes of my children. He has brainwashed them and unless they can see him as he really is their lives and relationships will be difficult and painful.

This incident in Tunisia during New Year was to be expected given that he is a narcissist.

The fuel he gained was from me being upset at his hurtful opinion and the evening being ruined. He wasn’t the least bit concerned as to him he gained what he needed i.e. control and fuel so he was feeling great!

Me being insulted and upset made him feel powerful and topped up.

As I write this I see how I set myself up for abuse.

I feel almost violated – mind raped  by him.

It reminds me of the wonderful film Gaslight when Paula is ‘allowed’ to go to a musical concert by her Gregory, her abuser and comes down looking beautiful in a magnificent gown. Gregory tells he to go and fix her hair.

When I wrote in 2003 that Gordon has little understanding of people – that is true. But in the mind of a narcissist it doesn’t matter because if they did that would make them an ‘aware narcissist’ and, in may ways it is even easier for them to obtain control and fuel as they know how to do it. Gordon acts on default programming and knee jerk narcissism drives him to behaviours shown by a middle lesser victim type of narcissist. 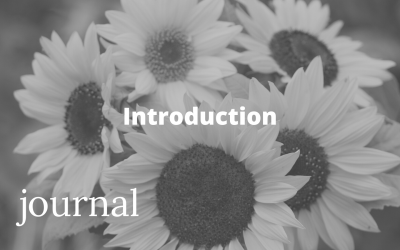 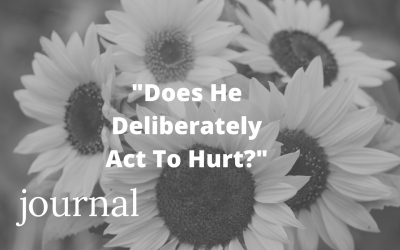 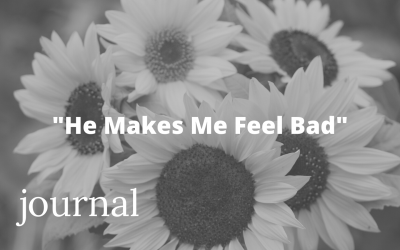 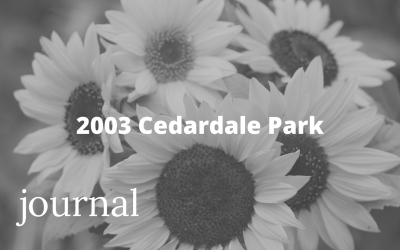