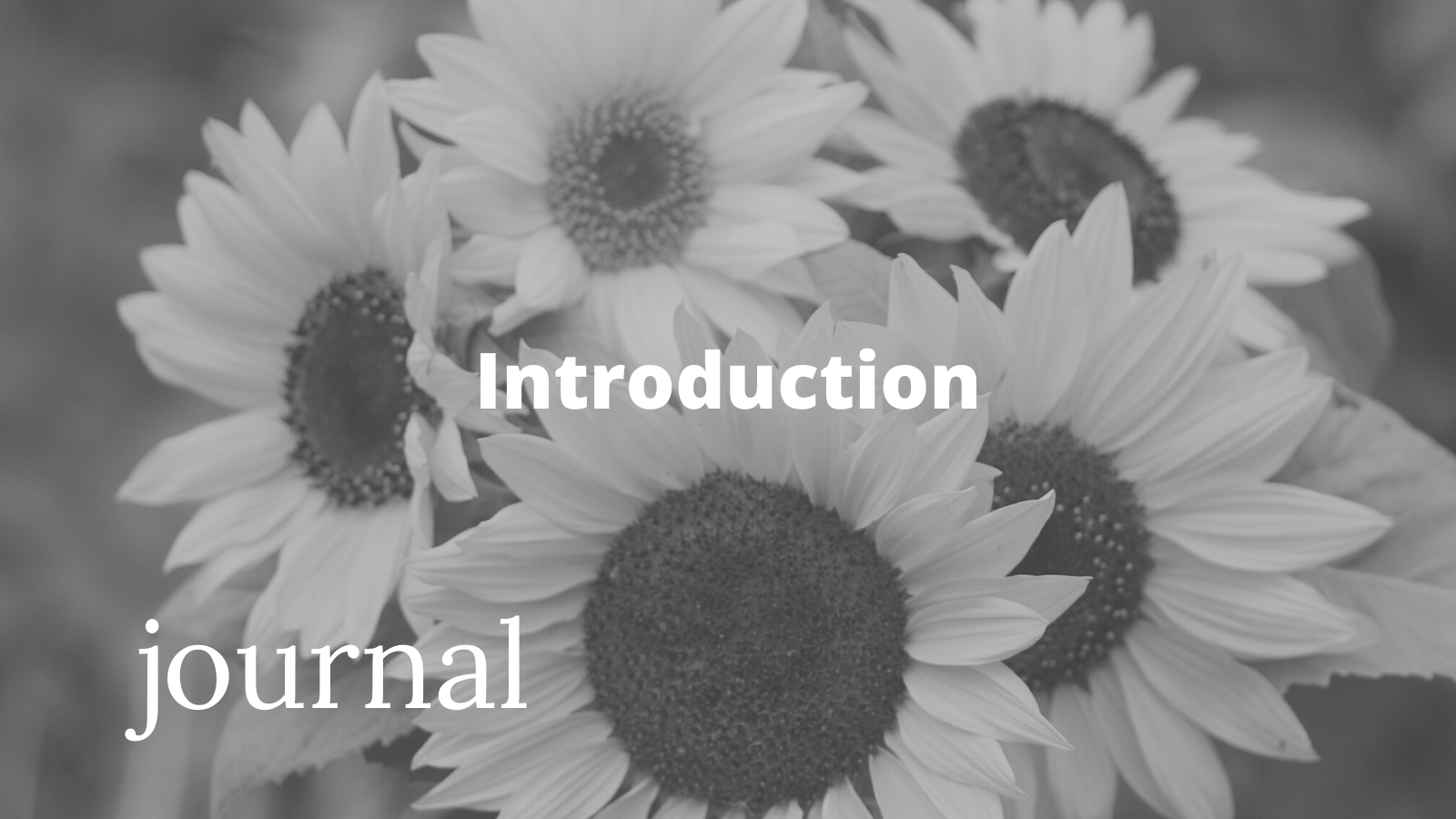 I began writing this journal in 2003. I wanted to record my feelings and also the events leading up to the inevitable breakdown of my 27-year marriage to Gordon. I wanted my children to understand how hard I tried to fix the relationship and why, in the end, I could no longer live with their father.

When I wrote this journal, I did not know that Gordon was a narcissist. I was a depressed, confused and bewildered woman who unknowingly found a narcissist because I have lived with them all my life.

I had no choice but to marry one.

I could not have lived with a normal man, one who loved me, appreciated me and validated my feelings because all of those were completely unknown to me. I could not have attracted a man like that because I was programmed for abuse and needed someone with problems to fix.

I was programmed by dysfunctional narcissist parents.

I was programmed to be the scapegoat and at the same time, the hero who was responsible for and fixed everything.

I was programmed to be responsible for everyone in my family and I believed as a natural extension of that faulty idea, that all the problems on the planet were mine to fix. I derived my self-esteem from being helpful and useful to others while my soul did not exist. I learned to never disagree, to have no feelings, to be a soother of others and to be invisible wherever possible.

I was programmed for fear, scarcity and lack.

This programming for responsibility started when my brother was born and I was two years old. I remember being told by my mother, Maureen that I was a big girl now and I had to look after my baby brother. My needs and feelings were voided by the new baby.  Not that she would have paid any attention to them anyway. She was a narcissist too and went on to have serious mental health issued which resulted in her spending a lot of time in hospital.

From the age of six I was their baby sitter. She and my father left me with my two younger siblings ages four and three, while they went out in the evenings. I remember the horrible feeling of fear at the overwhelming responsibility I was given at such a young age.

They went to spiritualist meeting where they would call up native American spirt guides and use Ouija boards. I remember a neighbour put match stick crosses over our beds one day joined together with red cotton.  She probably thought she was protecting us from the evil spirits! As my mother was a catholic this is somewhat confusing. Some years later she thought she was the reincarnation of Elizabeth Barrett Browning and that my father was Robert! Her mental illness was never diagnosed.

I was programmed to live in fear by an angry, aggressive and violent father and to walk on egg shells to keep myself safe. People would say that Tony, my father, had a chip on his shoulder. I didn’t know what that meant as a young child. It means to have an angry or unpleasant attitude or way of behaving caused by a belief that one has been treated unfairly in the past. This ‘chip’ on your shoulder is the behaviour of a narcissist.

If I hurt myself, for example, I remember falling off a playground swing aged about four or five, he would laugh and say something like, ‘I missed that. Could you do it again?’  I remember falling headlong into a nettle patch and was covered from head to foot in stings. He laughed.

I cannot remember any, hugs, cuddles or any expressions of affection from him towards me or anything which made me feel like he cared about me.  Just the same as Gordon.

He was a socialist and hated the management at work and he hated rich people. Just like Gordon he considered being poor a virtue which is a great excuse for not having to do anything or formulate a plan to get money.

My father and mother would have raging arguments which often ended up with my father beating my mother. They would argue at night and I would lie in bed petrified in fear.

During my high school years, the arguments became worse. I never knew what I would find when I came home from school. Would my parents be fighting? Would my mother have another black eye or worse?

I came home to find that the door handle had pierced the inner side of her elbow and she had been to hospital. He had pushed her into the door.

She defended my father – no matter what, which I did not understand at the time but I now realise it was because of her co-dependency.

The anxiety and depression this created in me has lasted my entire life.

My mother, a devoted catholic, gave birth to three children before the age of twenty-four and so was herself a child when she became a mother to me at twenty-one years old. She was a dancer in the chorus line of a show in Norwich when she met my father who was 10 years older than her.

She was not emotionally mature enough to be a healthy parent nor did she care about the emotional needs of her children. She needed me to parent her as I grew up.

She spent most of her adult life in and out of mental hospital, and took Valium and Mogadon for many years. She was not emotionally available to any of her six children in the first place and the drugs made it even worse, numbing her even more.

She was also too busy living her co-dependant relationship with my father to have time to care about the needs, feelings and emotions of her children.

My mother needed someone to blame, to be the scapegoat and that person was me. I was thought of as being ‘hard’ because I saw through the façade and told the truth about what was really happening in the family.

I now know she was a narcissist too and as such, is incapable of love or empathy which explains her motives and behaviour towards her children. We were either catholic ‘accidents’ that she resented or tools to trap my father after she divorced him but decided she wanted him back.

One of my earliest memories is of my mother threatening to ‘batter’ me if I didn’t stop crying and asking for sweets. I must have been about three or four years old. I learned fear soon after I was born.

The emotional chaos, fear, eggshell walking and scarcity mindset that I grew up with prepared the way for me to meet Gordon when I was just 16. He created the same ‘vibe’ in our relationship as I lived with my entire life. I did not know what a healthy relationship felt like – how could I? So, the abusive childhood I experienced was, to me, normal.

Gordon being a victim, covert type of narcissist was a perfect fit. I knew the violent narcissist type. My father who beat my mother. The funny thing is I vowed never to choose this type of man and if he ever hit me that would have been the end of the relationship there and then.

I had no clue about passive aggression, verbal abuse and emotional neglect. Therefore, I was hit with word weapons and emotional abuse day in, day out by a man who despised me and used me as his ‘appliance’ so he could feel in control and obtain emotional fuel from me.

I realise now that Gordon didn’t care what we did in life and just went along with whatever I did as long as he kept me, his fuel appliance under control. That is all he needed; to control me, obtain fuel from me and for me to do all the thinking, planning, organisation and goal setting.

I was the one with all the ambition and drive to get things done and to move out of scarcity, for me but mainly so that my children could have experiences and opportunities in life.

I did the shopping cooking, cleaning, home education, child care, in fact, I did everything while he acted, when he felt like it, as a ‘home help. These are called ‘residual benefits’ when talking about things from the perspective of the narcissist.

Reading this journal, I see that Gordon is so clearly a narcissist. The words I wrote are text book narcissistic behaviours.

Having a narcissistic husband has affected me greatly and I am only just beginning to understand the impact of this. I have discovered that the anxiety and depression I have suffered has a cause.

I have learned the impact of my childhood on me and why I developed a pathological ‘care taker’ role as a means of self-defence.

Gordon’s narcissistic father John, impacted on Gordon and he developed narcissistic victim type behaviours as his form of self-defence. Gordon is compelled to seek out the primary aims of narcissism; control, emotional fuel, and all the residual benefits I talked about.

He has no idea what he is and as a narcissist has no empathy and cannot love. I feel better because his abuse of me is not personal. He just has to behave that way and I just so happened to fall into playing the role of target for him.

I published my journal as a gift for my children in the hope that reading it will one day help them to understand me, understand their father and understand narcissism.

My greatest wish is for them to have the knowledge to avoid narcissists, to have healthy relationships, to understand themselves and to know why they feel and behave the way they do. And most importantly, that they value and love themselves first.