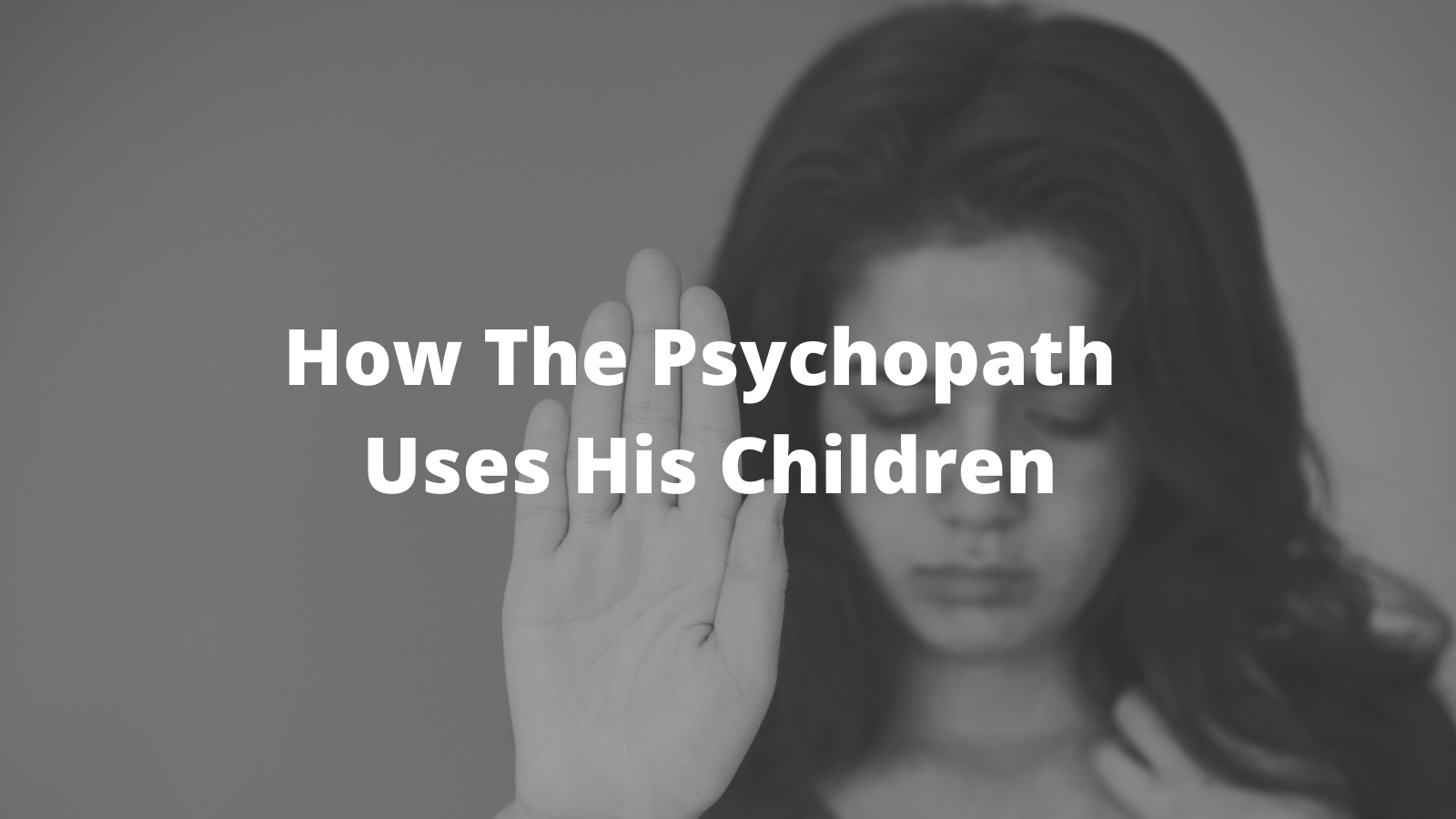 How does The Narcissistic Father Use His Children?

With thanks to Sam Vakin who explains it beautifully.

The narcissist sees his children in four ways:-

Competition – Competing for attention, the time and resources of the primary source. This can lead to hatred and violence towards the children.

Nuisance – The narcissist sees the children as encroaching on his time, his freedoms, his liberty, encumbering him with obligations and responsibilities, duties and chores. It is clear from the abusive texts, emails and letters I received from Gordon that he saw the children this way. He had the attitude that I was responsible for them and he did me and them a favour by looking after them for me. I wrote this letter in 2000 which explains the way he interacts with them.

Supply – as the children grow up they become a source of narcissistic supply. They begin to emulate and adulate the father. To give the father attention and a source of supply. They become an extension of himself. This was obviously happening with my oldest daughter. He began to groom her from the time he left by texting her “I miss you” all the time. He even got himself a cat which she loves, to lure her in. He hated the cats we had and would kick them when they annoyed him and locked them in the utility room at night. My daughter eventually ended up looking after the cat Tig, in her flat as Gordon couldn’t do it. I think he moved – a thing he did often. My daughter was interested in Art and spent a great deal of time with Gordon doing Art. It made me laugh as it was me who taught my children art. Gordon was not the slightest bit interested in their education. During this time he would have received a huge amount of fuel from her and he would have obtained character traits as the father of an A* Art student.

Pawns, Weapons and Tools. This is a sign of a psychopath according to Prof Sam Vaknin.  He weaponizes children to induce damage and inflict pain on the person who had frustrated him. i.e me. It’s a strategy. Brainwashing and entraining the children to hate the target.

In 2021 I realised that Gordon is best described as a covert malignant narcissist. Prof Sam Vaknin would describe him as a psychopath. The behaviours of my niece who I reconnected with in 2021 alerted me to the concept of narcissism. She can round for lunch, we took her on a camping trip with her children.  Her behaviour was so odd and abusive with direct insults, façade building, lies and delusions, using me for residual benefits and fuel supply. I began to think about her strange behaviour and researched it. I came across the information on narcissism, psychopathy, anti-social personality disorder, ADHD. Eureka! The descriptions described Gordon perfectly and I realised what I had been dealing with.

Why does the psychopathic parent do it?

The psychopath has suffered a narcissistic injury and they never forgive. They want to eradicate the source of the injury and the frustration.

Children are the ultimate way to inflict pain on the target parent.

So weaponizing the children is the perfect strategy.

Why does the child collude and collaborate in this?

The child is in pain.

The child seeks meaning and to make sense of what happened.

So the child makes a morality play and the child demonizes and blames the target parent.

The worrying thing is that Prof Vaknin believes that victims of narcissistic parents can not recover and that it affects their relationships and mental health for their entire lives.

It is my mission now to make sure that that does not happen to my precious children.