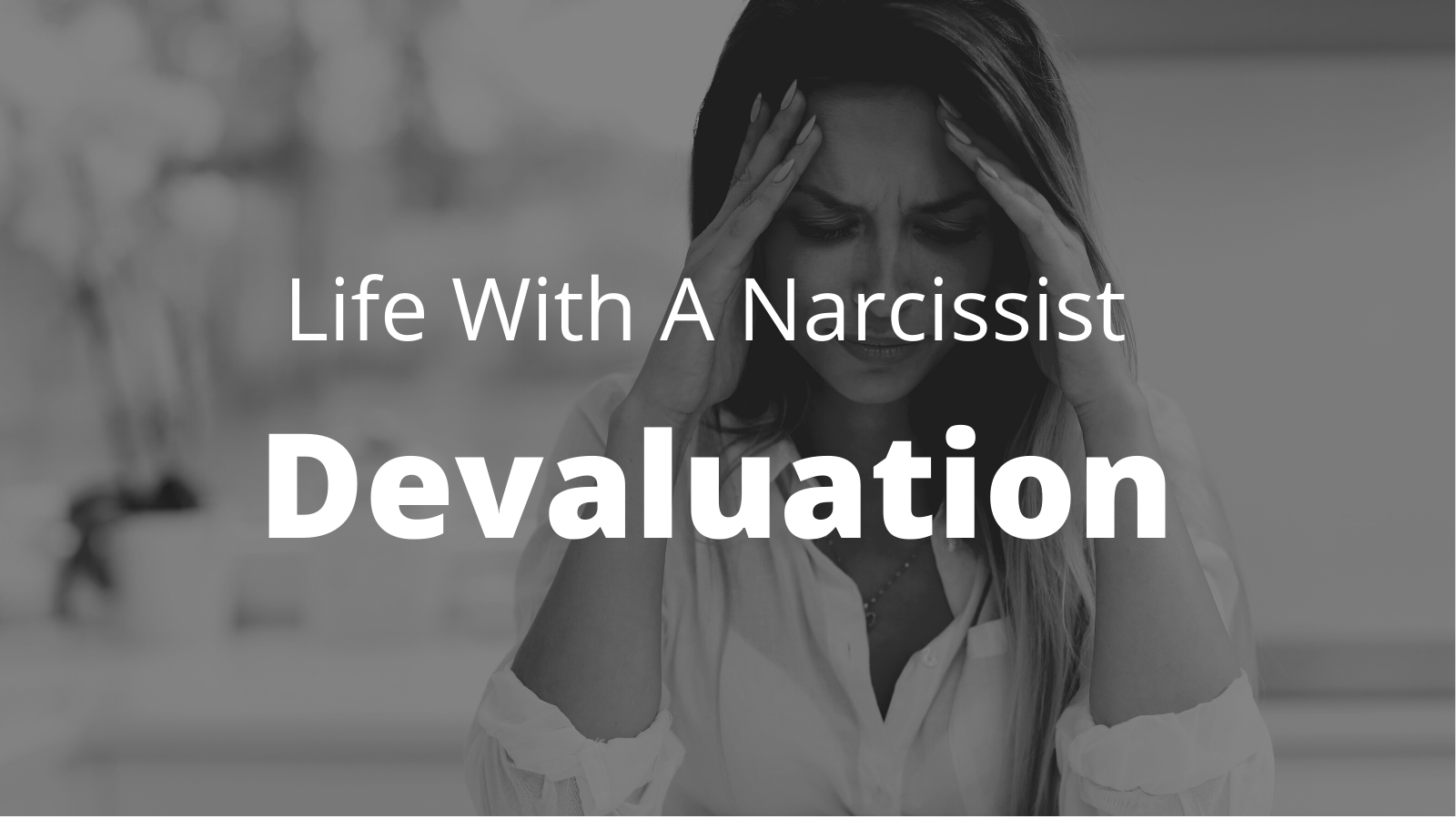 The worst part of living with Gordon was his devaluation of me.  He treated me with contempt.  I did not exist to him as a person with feelings, emotions, and human needs.

He did not actually ‘see’ me.  The journal I wrote in 2003 describes what it felt like living with him.

I was simply an ‘appliance’ which supplied him with emotional fuel and a multitude of residual benefits such as basically, running his life for him and taking responsibility for everything!

Narcissists don’t have relationships.  They have ‘servants’ to provide them with sex, attention, opportunities, household duties, some one to control and to supply emotional fuel.

In the entire time I was with living with him I did not hear one word of acknowledgement, appreciation or thanks.

In the entire time I lived with him I received no emotional support, tenderness or any expressions of love.

It was as if I was living with an empty shell who hated me and treated me with contempt.

There are so many examples of where he let me down emotionally when I needed reassurance and support.

Gordon treated the children in the same way.

I wrote this letter in 2000 which expresses my feelings about the way he interacted with the children in a cold way. He treated then in just the same way he treated me.

It broke my heart.

I had no idea that he was a narcissist, a lesser narcissist and was totally perplexed and confused. I did not know that he has no empathy and is incapable of love. 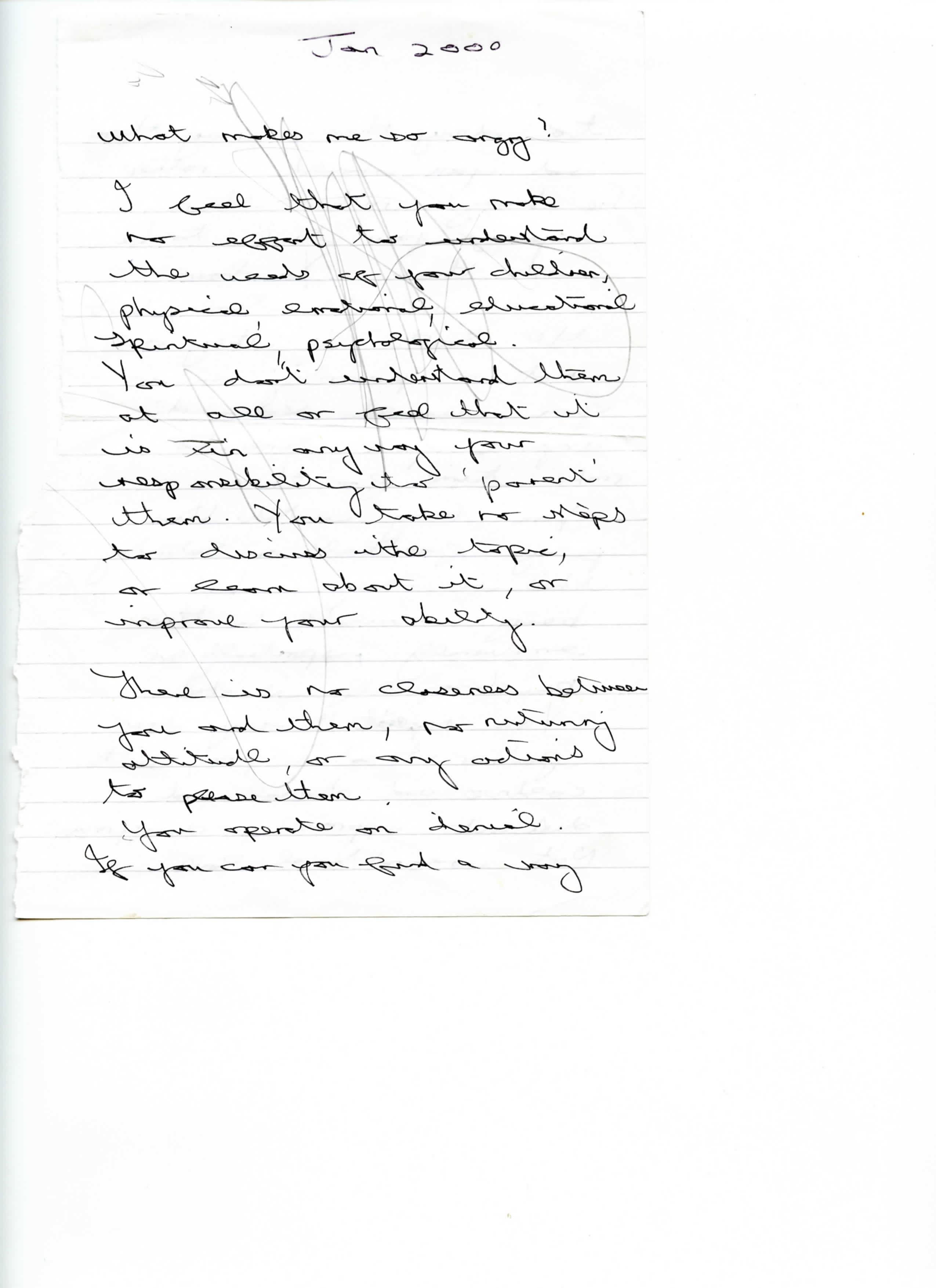 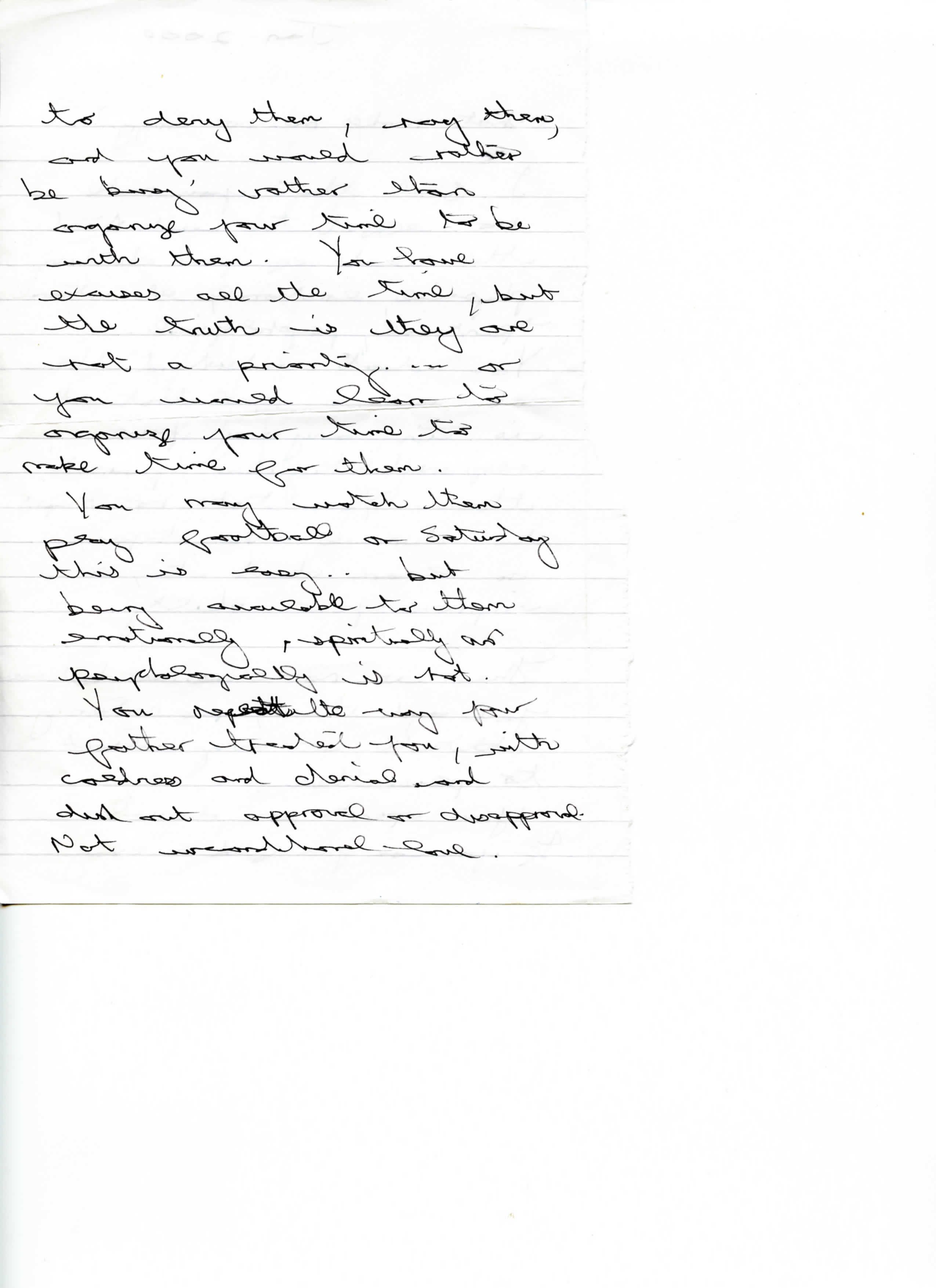 This is the text version of the letter.

What makes me so angry?

I feel that you make no effort to understand the needs of your children, physical, emotional, educational, spiritual, psychological.

You don’t understand them at all or feel that it is in any way your responsibility to parent them.

You take no steps to discuss the topic or learn about it or improve your ability.

There is no closeness between you and them, no nurturing attitude or any actions to please them.

You operate on denial.

If you can you find a way to deny them, nag then, and you would rather be busy rather than organise your time to be with them.

You have excuses all the time, but the truth is they are not a priority or you would learn to organise your time to MAKE time for them.

You may watch them play football on Saturday, this is easy.

But being available to them emotionally, spiritually, or psychologically is not.

You repeat the way your father treated you, with coldness and denial and dish out approval or disapproval – not unconditional love. “