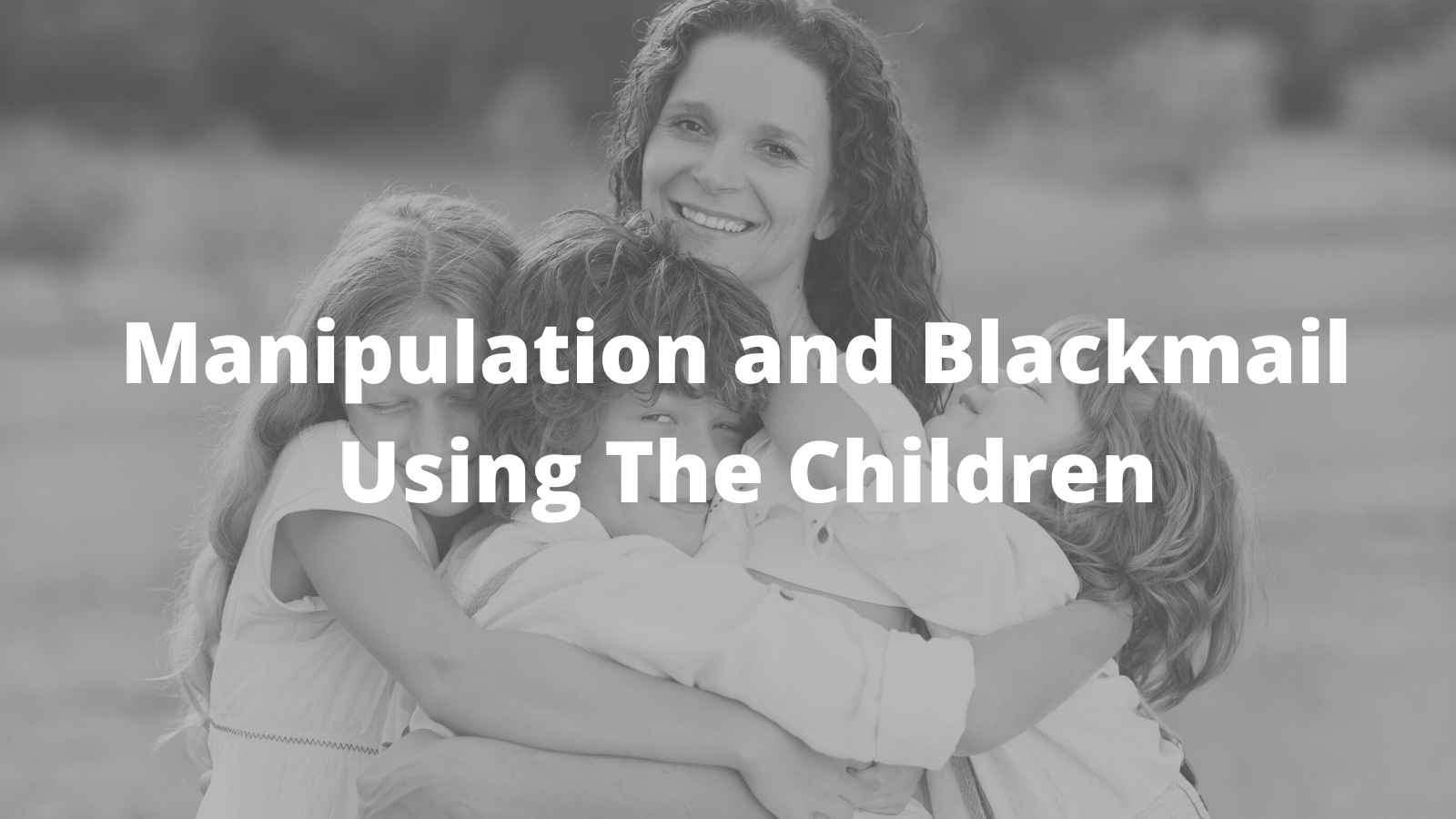 Gordon manipulates and blackmails me and the children for financial gain. On 20th January 2008 a year after the divorce was filed, Gordon is still arguing over the money.

‘50:50 or nothing’ he states which is why he refuses to release the money for the mortgage or anything else. He is blackmailing me to get his own way and yet he accuses me of ‘going on about’ what I want which is pure narcissistic projection whereby he accuses me of that which he does.

The irony is palpable! He loves the children so much that he is not agreeing to release money to pay the mortgage on the children’s home. He is desperate for me to agree to 50:50 care of the children.

How he thought this would work is impossible to understand.

When you read his numerous e-mails and texts you can see he wants to be in total control, expecting me to be at his beck and call with no respect for me whatsoever. He has no money so he says, can’t waste his time on the school run, has to help his girlfriend with he ‘exhibitions, he has a delivery so can’t pick up the children, he is not buying them clothes and other items when they have the items at home etc. etc. with no accountability or responsibility for the children.

He tells me to think of the children when he is utterly unable and unwilling to care for the children.

He simply wants the money and he thinks 50:50 custody will get him that. I would have ended up looking after the children full time when he let them down. Of course, I cannot refuse his demands as the children would have suffered and he would have used the opportunity to make me out to be the unreasonable bad mother – the villain, whilst he would play the victim role.

Gordon is a professional forgetter, a procrastinator, never accountable, intentionally inefficient, coercive, uses equivocation such as saying, maybe, I might do, if you say so, didn’t say I would, haven’t had change yet, to be deliberately ambiguous and avoid accountability. He is a master of gaslighting.

Therefore, any possibility for co-operation was impossible.

It is worth noting that his girlfriend has three children whose fathers had 50:50 custody of the children. This is the ‘many people’ he allegedly knows where it works really well!

He moans about me stopping him having time to himself and wasting his time on the school run for example. How could he possibly have taken responsibility for the children? He resented them and me. He is in reality, manipulating, controlling and using them for financial gain.

His attitude as exhibited by his texts and email shows that he thinks he is looking after them for me and doing them and me a favour.

This is his e-mail and what I wrote. 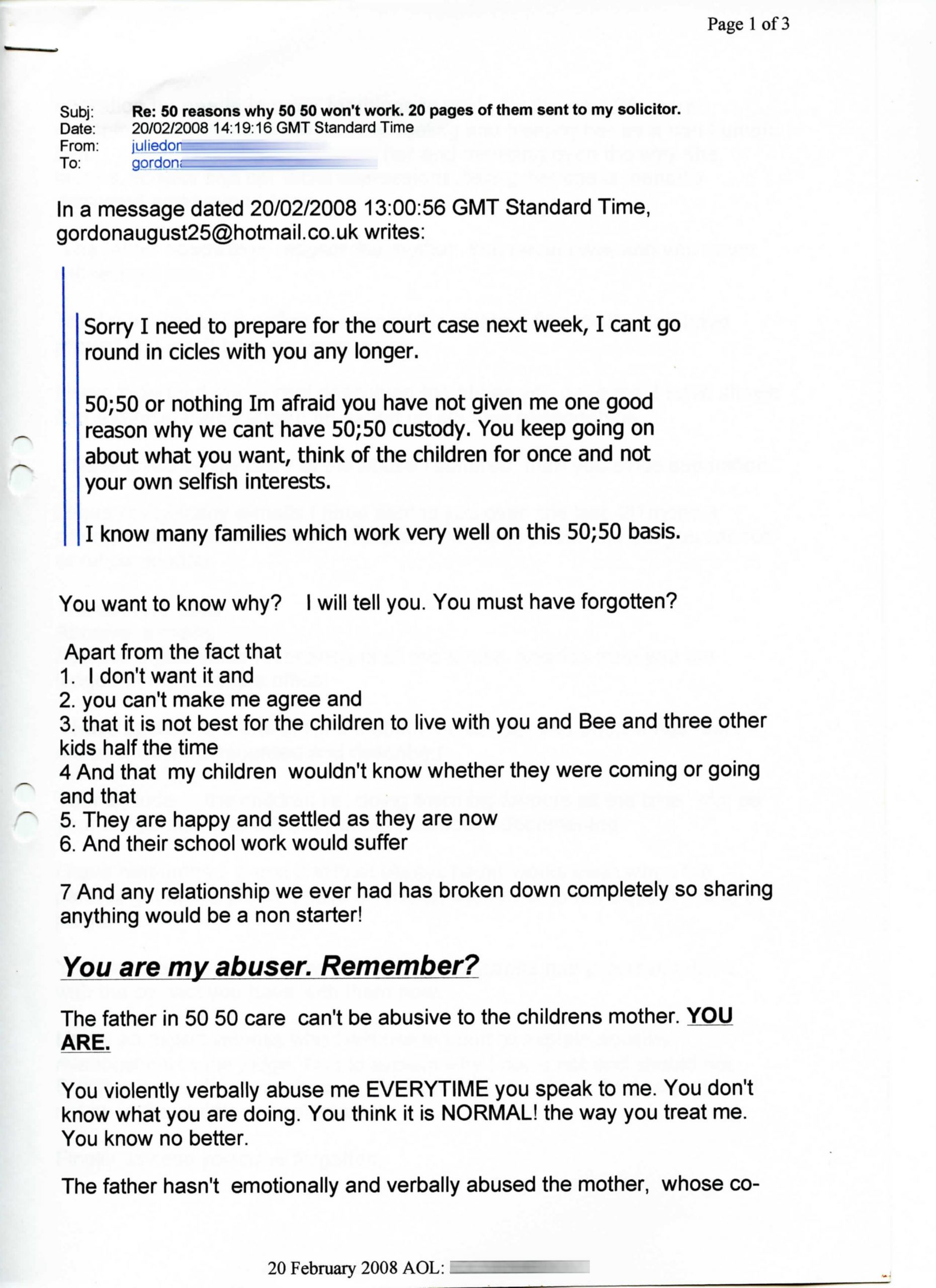