‘ people know you and I suspect they know the truth’

‘  I believe you don’t want the children to go either…..’

This e-mail thread shows an example of  the lies, manipulation, triangulation, twisting  and distorting of an event to suit the narcissists agenda.

It also shows the way he tells me what I think and what he believes I really feel.

The background to the e-mails is that the children were invited to play in an important badminton tournament the ICT.

G refused to release money from the joint account held by the solicitor. I did not have access to the money required to fund the tournament. I explained that to the head coach as you can see in my email below.

Negativity is one of G’s big problems. You can see it at work here where he gives a rundown of the reasons for the children  ‘not to’ play in the tournament. The reasons are flimsy.  It is either in their best interests to go or it or not.

However the narcissist turns the children  into a bargaining tool to get me to agree to his ‘equity release’ demands. Thereby proving that it has nothing to do with the best interests of the children and all about HIM.

Using the Children to Further His Agenda

He attempts to pretend that he has considered that it is the best interests of the children not to go.

He then goes on the complain about money. G has serious issues with money which I will describe in a different post. This email thread displays that.

The manipulation is that he wants the money from the joint account to be divided in a way that suits him. (More on this later.)

So he uses the children as a lever stating that he will ‘consider’ releasing the money if I agree to his ‘equity release’ demands.

All he needed to do was collaborate and release the money for the children.

But no. That would not give him fuel and control.

Through the e-mails are insults, triangulation and the common theme that ‘everybody’ KNOWS what I am like.

The saddest part is where he professes to love the children.

If he did love them he would have released the money so I could pay for them to attend the tournament instead of using them as a bargaining tool. 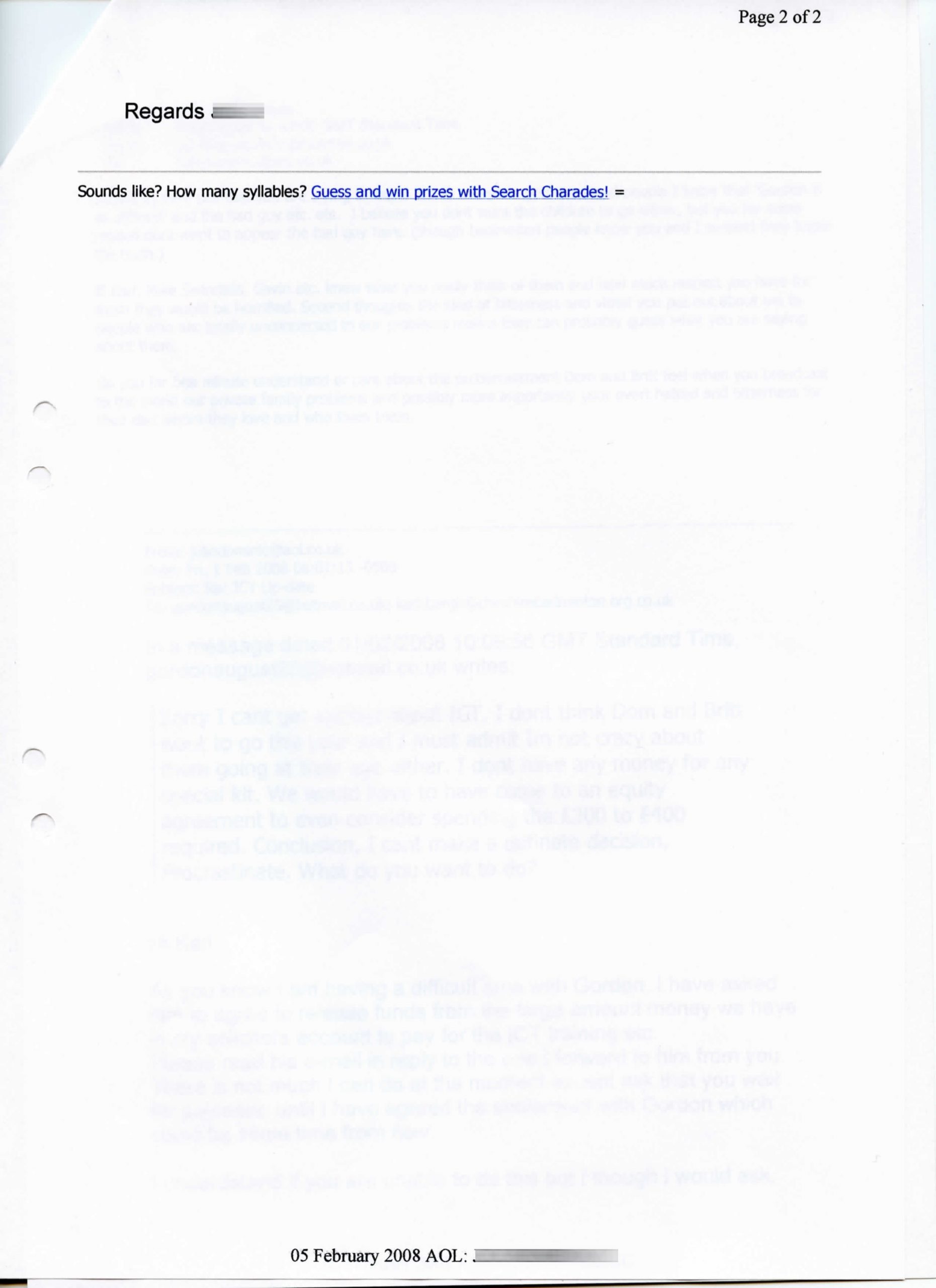 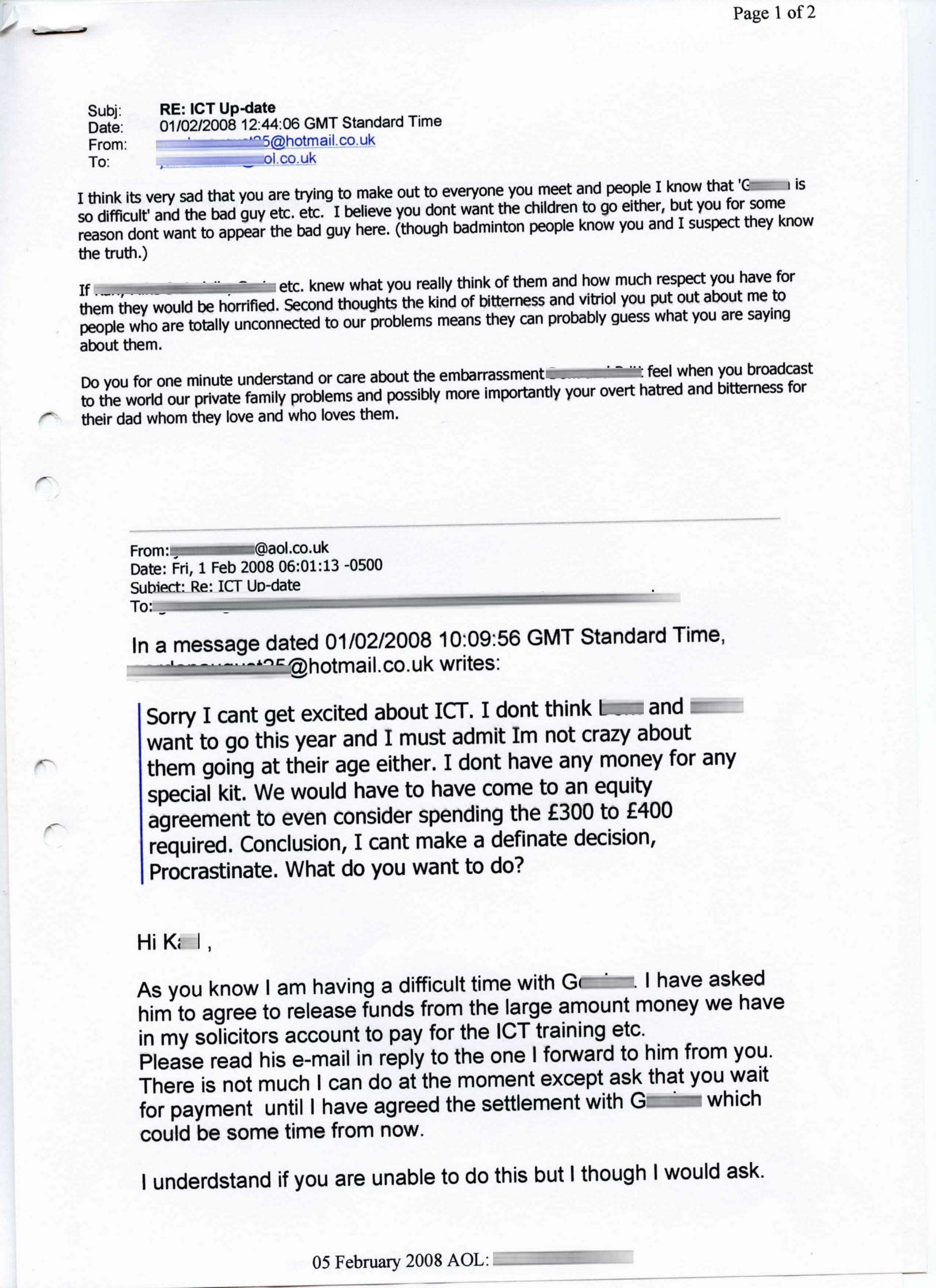