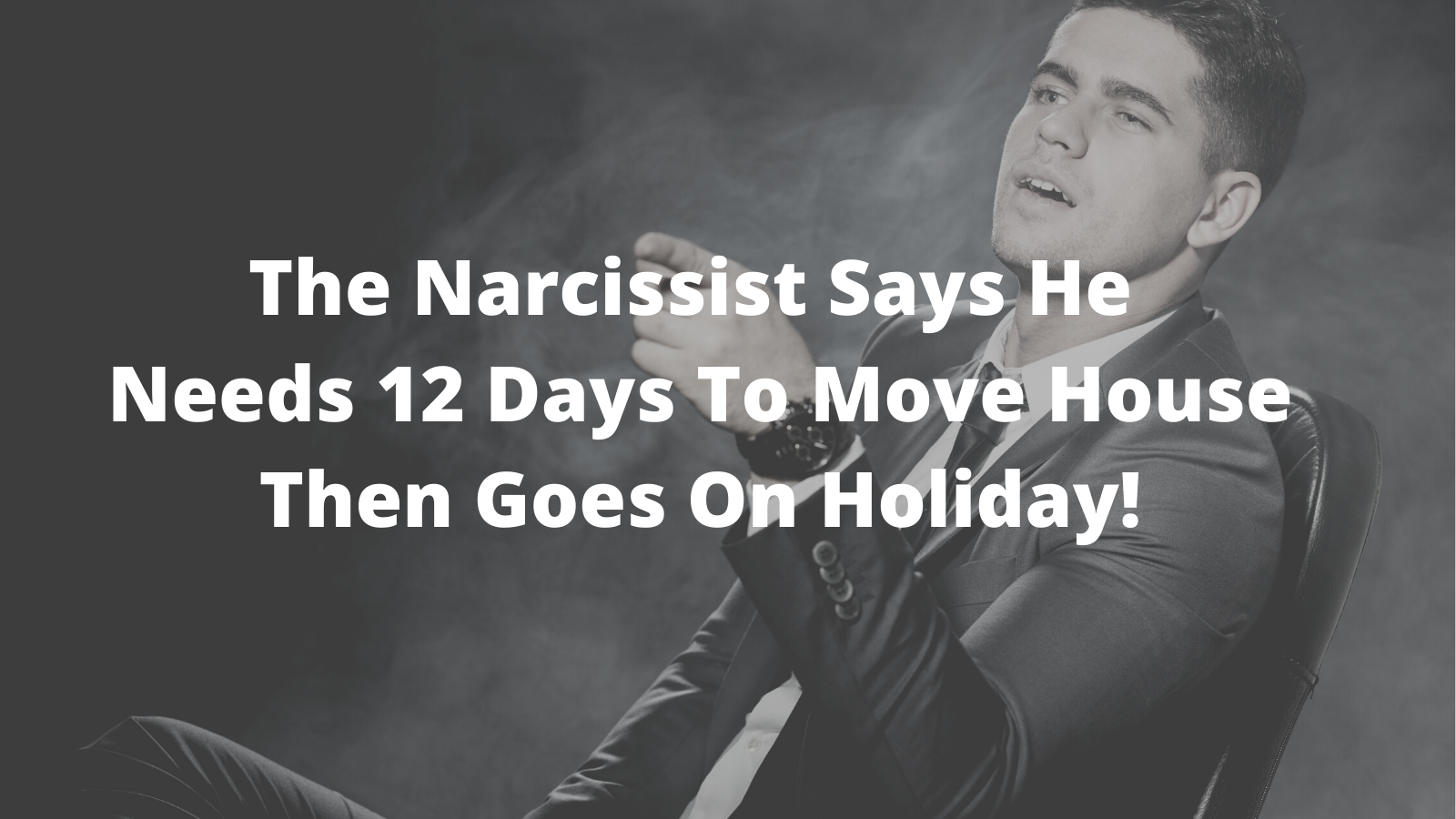 Manipulation and lies are regular behaviours used by Gordon. In the email below written on 27th September 2007 which is nine months after he met his  new ‘friend’ the narcissist tells bare faced lies and attempts to build the facade that he is moving house for the benefit of the children and what he actually calls ‘OUR FAMILY’.

Gordon tells a bare faced lie when he says,

“As you can imagine everything related to moving house means I will not have any spare time over the next 12 days. Every spare minute will have to be related to the move.”

Does the narcissist really expect me to believe this?

The narcissist engages in lies and manipulation to make out he is moving for the good of his family!

The narcissist also expects me to believe that he is such a good person and cares so much about ‘his family’ that he is going against the advice of family, friends and even his solicitor!

How magnanimous of the narcissist!

In reality he was selling the house because he was moving into Saddlers Cottage with his ‘friend’ and her three children.

The narcissist lies about wanting to release the equity in the rental property he was living in for his ‘family’.

This is evidentially a lie as he  REFUSED time and time again to come to a settlement over the money and failed to agree to release the mortgage money so that the children’s and my home was being repossessed!

The money from the sale would have gone into the joint account and sat there with him still refusing to release it.

“You have refused any communications until it is sold and our children are suffering from our continual arguments over this matter.”

How can the children be suffering from arguments when I am not communicating with him?

“I have decided to do this because it was impossible to find somewhere flexible enough to keep vacant while we argued.”

The narcissist talks about the benefits of the property being that he can move in ‘at short notice’.  Why would he need to do this?

When one sells a property it takes weeks to complete the sale. Therefore the narcissist would have weeks to find a rental.

Note his furniture is going into storage so he says, as the house is furnished. This is important to remember as later on he says he wants to buy new furniture which makes no sense as the house he and BB are moving into is furnished apparently.

Later he wants money for new furniture AND money for the storage costs of his old furniture.

The narcissist then lies when he says that it takes 12 days to move house. And what is more, every ‘spare minute’ will be related to the move for 12 days!

This was a lie. He went on holiday with his ‘friend’ during this time!

The narcissist who remember, wants residency of  the children at one point complains about the cost and time of taking them to school when it was his idea to put them in school in the first place!

The narcissist lies again when he says that he is looking for nearer ‘permanent’ accommodation because this never happened and  six years later the relationship ended.

The narcissist finishes by saying that he hopes I ‘co-operate’ for the benefit of the kids’ when the whole agenda behind the letter is that he is moving in with his girlfriend, he is going on holiday to the Dominican Republic, which is why he says he need every minute of 12 days to move, he doesn’t need his furniture because his girlfriend already has hers and he wants money to pay for ‘storage’ of his existing furniture from the joint account.

Why does he need to store the furniture? He most likely sold it.

It is all lies and manipulation. The letter makes no sense and is compete bullshit!

“Please let me know if you are prepared to co-operate and work together for the benefit of the kids.”

What he means is for the benefit of HIM!

This is what the narcissist wrote. 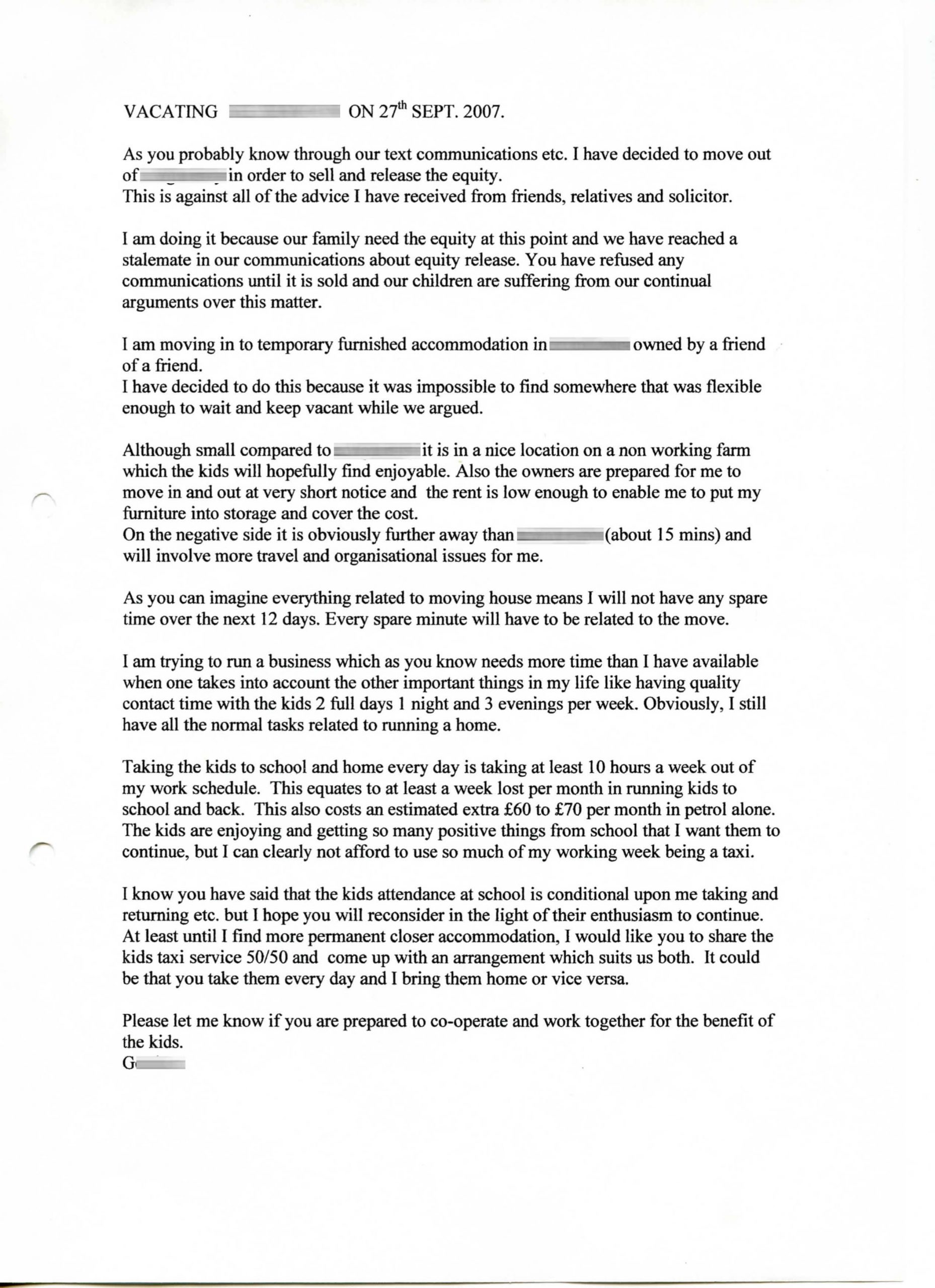